The 'personal' barrier to automated trading 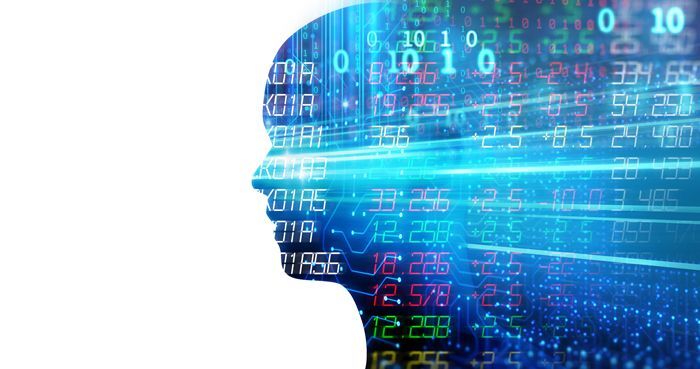 Over recent years there has been an arms race underway in front office execution. Advances in technology have increased automation, generating lower costs and delivering short-term competitive advantage to those investing most in innovation. This has forced competitors to respond, further fuelling investment and pressuring margins. The resulting reduction in market friction has caused commissions to collapse, while allowing volumes to boom.

The leaders in this race have invested huge sums in chasing small marginal gains. At the same time, regulatory pressure to unbundle services and refrain from proprietary activities has eliminated secondary sources of income, and forced smaller participants to retreat. In a world of ultra-low margins, high technology costs and high regulatory overheads, only the largest and leanest – or those with a unique competitive differentiator – survive.

The next big likely step for automation is the increased use of deep learning in execution and associated business processes. AI is currently a buzzword but has been familiar within the financial community since the introduction of pioneering neural networks in the early 1990s, through subsequent emergence of intelligent execution, hedging and alpha generation systems.

The difference now is that advances in deep learning and Cloud technology are enabling widespread delivery of highly sophisticated automation, at low cost. If a fund manager is using automation to identify portfolio adjustments and place orders, and a bank can entirely automate execution, why bother with human interaction. If this can extend all the way through the trade lifecycle to KYC, booking, prime services and corporate actions, then so much the better.

Under this model human interaction is a luxury and will most likely be limited to illiquid markets and/or the most complex and sensitive transactions. At the same time, the reduction in market friction will make it increasingly easy for new entrants to disrupt traditional investment banking activities. Market making in particular requires subtle appreciation of sentiment and market conditions, and is an attractive target for automation. This hasn't gone unnoticed by the larger banks - a number of whom, including Credit Suisse and JP Morgan, have partnered with innovators in a bid to maintain competitive advantage.

For more complex non-standardised contracts, deep learning may also provide opportunities to reduce the 'high touch' human input required. Negotiating exotic derivative contracts (those which include complex non-standard financial terms) can take hours of discussion followed by days of paperwork. Some banks already automate these processes, using proprietary internal languages to express transaction terms and ensure consistency between bookings and legal documentation. Over time this is likely to extend further into more complex processes such as exchange of margin, portfolio optimisation and management of exposures.

The other element in this is trust. Complex transactions are often strategic to the customer and require a high level of confidence between buyer and seller. In this context the development of a close working relationship between institutions over many years is invaluable and presents significant barriers to entry by new competitors. For all types of transactions there needs to be trust not just in people but also in the technology used by the selling organisation.

Regardless of whether it is a highly individual transaction or an automated execution, the customer needs to have confidence that key individuals in the supplier organisation have the necessary authority to over-ride and correct problems in the event that anything goes wrong. There is also likely to be a high expectation of transparency where automation is involved, both on the part of the customer and the regulator. This will require diagnostic tools that can explain and justify any automated decisions.

As automation increases, our expectation is that key corporate relationships will remain important at a personal level, as will key technology staff, and that an increasing number of the underlying components will become centralised or commoditised services. We've seen that already with centralised clearing for Swaps, and expect the process to continue into margin exchange, risk, valuation and other core functions - where banks felt historically that they had competitive advantage, but may now see increased benefit from sharing and cooperation. We'll also undoubtedly continue to see new entrants, with the luxury to cherry pick profitable markets with new technology and attract the best staff and customers.

While the continuing boom in Fintech innovation will inevitably bring further disruption, this won't necessarily be as sudden or catastrophic as in some other sectors – size of balance sheet, breadth of services and market position still matter in wholesale financial markets. What it may do though, is highlight the large and ultimately unsustainable technology debt at many major institutions.

The most unlikely outcome from this is increased partnering between new entrants and existing top-tier institutions - indeed we already see some banks taking these kind of discussions more seriously. In the case of AI and wholesale financial markets, the result may be a so-called 'cobot' model - where lean automation and shared market services are combined with trusted oversight and balance sheet clout from large institutions, giving the customer the best of both worlds. Our bet is the industry will get there, but given the low level of trust between and within institutions, and the vested interests still to be overcome, it's going to take a lot of sustained cost pressure to do so.