Mastering change: why do banks find it hard? 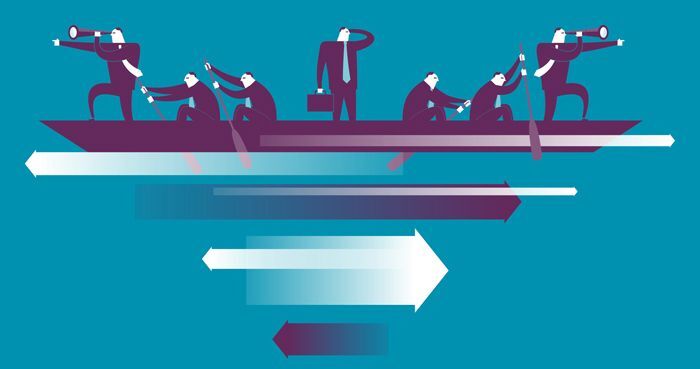 James Clash explores the shift from strategic technology-tied projects to a focus on organisational agility.

Technology is enabling change to take place faster than ever. Prior to 2001 – when 3G mobile technology was introduced – releasing a new app to mass market required the shipment of physical media. In 2017 alone, there were 270 billion application downloads. The power, utility and reach of technology today enables change to occur overnight and with minimal resources.

Whilst previously, change in any sector was generally deemed evolutionary, new products and crossovers from other sectors can now bring revolutionary change to a specific area; for example, Tesla has been approaching car development in a way that’s parallel to mobile application development.

Within finance, the trend for regulators to continually update regulatory (Basel I, II, III etc) rules and operational requirements following incidents in the markets and the growing disruption from ‘FinTech’ start-ups, has introduced a requirement for ongoing change to the core operations of banks.

In many established markets, new companies – enabled by the low entry costs into many sectors – have disrupted and turned accepted practices and procedures on their head.

Uber’s creation of an application that pairs someone wanting to hail a cab with the nearest ride has removed the line between black cab and mini-cab, while Amazon and eBay have enabled small store holders to sell their wares globally with almost no overheads – redefining usage of high streets and shopping malls.

Challenger banks in the UK banking sector – unencumbered by legacy IT systems or a history of under investment in customer service – are opening branches steadily, while the ‘big four’ are closing branches at a rate of over 700 a year.

Digital banks such as Monzo are growing even faster – at 5% per week passing 500,000 users in 2017. In a market where 20 million people are using apps to access financial services, the organisations with low agility will quickly become marginalised.

CHANGE HAS NO RESPECT FOR HISTORY

Past corporate glories, size or strength of a brand cannot shield organisations from change. Kodak, which started trading in 1888 and was a global brand for most of the 20th Century, failed to adapt with the shift in societal usage of camera phones and digital cameras. In 1976 Kodak had 85% market share in the US camera market.

After failing to exploit the invention of the digital camera in 1975 (due to fears around the affect this would have on its dominant camera, film and processing businesses combined with the inability to appreciate people would want to view or share photographs on anything other than paper), its fortunes declined in line with photographic film sales, ending in bankruptcy in 2012.

The move to open banking in 2018 will present similar risks for established banks – new entrants using the mobile app model will be able to offer full retail banking facilities at low cost, taking over lucrative customer relationships and diminishing the strength of established brands.

Change is the new normal and continual and rapid evolution of products is expected by customers across many sectors. It is now standard to have a new revolutionary phone in our hands every two years and the apps we run on them are updated weekly, if not daily. Organisations that embrace change and are bold in what they try to achieve will reap the rewards. Those that don’t will be become increasingly irrelevant.

Historically, change within banks has been attempted through the large strategic, multi-year projects that are often tied to technology refresh cycles. Many of these changes have been technology led and have rarely delivered the promised benefits – their original goals were predicated based on no major changes being exerted on the organisation over the period of the project, and as the inevitable change occurred the goals became less relevant and often unachievable.

Consider the many programmes bringing together private, corporate and investment banking operations to enable competitive advantage and reduce costs – programmes then challenged by the call for separation of these functions by the regulators.

As a result, such projects have been diluted, cancelled or absorbed into other initiatives, and the artefacts that were delivered often only increased costs and complexities for the organisation – which, ironically, has inhibited a great deal of potential future change.

In response to this, many banks have adopted ‘agile’ practices. However, the change in philosophy is often led and limited to the technology divisions only, with the relationship to the business remaining contractual and disjointed. Take, for example the selection of Product Owners, intended to be empowered business users of the system; they are often the technology SMEs with no hands-on business experience.

The interface to the business is still largely waterfall, objectives set at the outset and success defined as clearing milestones without regular challenge or realignment to current business objectives, and the agile aspects limited to the methods of code development. The driver for the shift to agile has also often only been to satisfy the demands of technology staff that were concerned their skills were falling behind the market, not to enable change to transform the organisation.

For change to be successful, the whole organisation must be engaged and the vision of what the organisation will look like after the change must be agreed upon from the outset and clearly communicated to all levels. The premise for the change must also be grounded in a solid business case with clear benefits and objectives that are relevant to real tangible business outcomes.

Critically, the parties that will be impacted should be the greatest champions of the change – without their support and buy-in, change will, at best, be resisted and at worst, rejected. Change for technology’s sake alone, justified by shaky promises of cost savings, often flounders as the business’ appetite for the disruption caused evaporates and business-led requirements divert resources and attention.

In recent years, the division between business objectives and technology goals – particularly in the financial industry – has often widened and even been conflicted, for example, the business imposes harsh cost savings on its technology teams to improve the organisation’s balance sheet in the short term, while the technology teams identify that the only long-term strategy to reduce costs requires a spend-to-save model.

Successful projects achieve change through ruthlessly aligning all their activities to the agreed business-defined objectives and outcomes.

To view the full article, please click the link below.