Brexit and the City: why we need a decisive approach 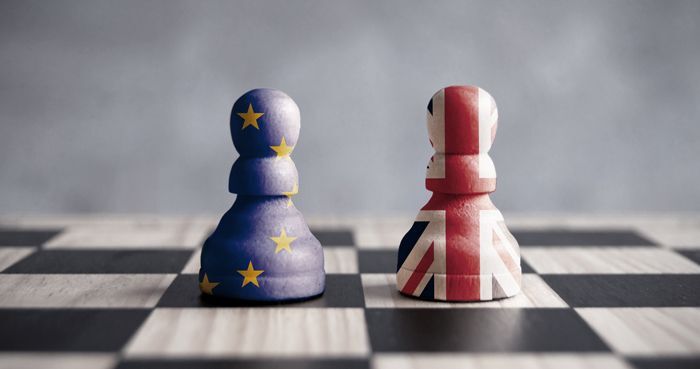 There's a lot of head scratching going on right now about how the City will be impacted by the EU negotiations and whether business will migrate to the Continent.

Passporting seems to have been ruled out and replaced by talk of 'mutual recognition' and a framework of equivalence and common goals – although nobody knows quite what that would mean.

Since a large amount of the work that Riskcare does is still driven by the 'regulatory hangover', this is highly material to service providers like us. Our customers would love to be investing their time and money in transformative business change, but the unfortunate reality is that most are still deep in the regulatory quagmire and unsure of what the future holds. The prospect of mutual recognition provided a glimmer of hope that the discussion might move forward and that financial institutions would soon be able to plan ahead.

This optimism proved short lived, however, and things ground to a halt again last night (06.03.18) with Stefaan de Rynck's comments that the rules of the single market required "far more than mutual recognition of standards" in the form of "a single EU rule book and common enforcement and supervisory structures".

But let's not get too disheartened. As the saying goes, "well he would say that, wouldn't he". In negotiations the standard starting point is an extreme position combined with an assertion that the position is immovable. In fact, if you don't start with an extreme position you probably haven't done your job as a negotiator. The aim is to move the initial frame of the discussion as far as possible in your on direction and to un-nerve the opposition.

Time and time again in the negotiations so far we have seen the EU successfully deploy this tactic in setting the agenda for discussions and as many have observed the UK has done a fantastic job so far of negotiating against itself.

Firstly, there has been grandstanding by politicians to the public, while offering inconsistent messages. Secondly, there has been capitulation by both Government and media in accepting the opening demands made by the EU without obtaining concessions. Finally, there seems to have been little effort to determine the actual 'red lines' underlying the rhetoric from the EU and to understand where compromise may be possible.

One of the problems is that the UK has been slow, until now, to clarify its walk-away point on any of the issues raised. Regardless of one's views of the break up, once the negotiation has begun it is obviously essential to protect interests and argue for the best deal possible. For this to happen, the other side needs to know that you are prepared to walk away if an acceptable outcome cannot be reached. It might not be your preferred choice and you might want to do everything you can to reach an agreement, but if you don't have a backup plan then you have already lost the negotiation before you start.

In the case of EU negotiations, I suspect the disarray in the UK and the apparent withdrawal of the US from free trade is causing Michel Barnier and his colleagues great comfort - at least as far as negotiation with the UK is concerned. De Rynck's statement indicates a level of confidence that the UK has no choice but to capitulate entirely and accept existing EU structures if it wishes to maintain a meaningful trading relationship.

When it comes to the financial industry, however, the position may not be so clear. There are certain red lines the UK is unlikely to cross in this sector given its importance to the economy - in particular any requirement to become a rule taker, or for any external rules to extend to how entities are regulated internally. Anything constraining relations between the UK and third-party countries is also likely to be unacceptable.

Fine, you might say, but then it will not be possible to deal since the EU has made its mind up that it wishes to be rigorous and consistent in its application of regulation at a detailed level post the crises of 2008. There are several reasons why the UK may wish to be confident in pushing back against this view.

Firstly, while the US is currently officially in retrenchment mode, there is still an appetite for cooperation with the UK in the financial sector. This may be even more attractive once the UK is an independent trading entity. The EU may state that it has a single regulatory regime and consistent rule book for the financial industry, but the application and supervision of rules varies greatly by country. This can be a headache when it comes to mutual recognition and dealing with a single well-governed country like the UK may be much easier.

Secondly, regulation at a detailed rule level seldom works in practice across geographies and legal systems. The current regime in the EU is seen by many to be excessive and is making the EU less attractive as a destination for financial services. As we've stated elsewhere, we are already seeing a certain amount of contra-flow away from highly regulated regimes and MIFID II has caused particular headaches.

A number of entities are hedging bets outside the EU as a result, and the UK may well be able to target mutually beneficial trading relationships with other major financial centres. Right now the talk is all very cautious, and rightly so, but it would be dangerous to assume that becoming a supplicant to the EU is the UK's only option when it comes to financial services regulation.

What might an alternative look like? It is difficult to know, but suffice to say there are large economically liberal trading blocks in both the Atlantic and Pacific with large financial centres and a good relationship with the UK and our regulators. If the UK takes a pro-active stand towards transparency and open financial markets then we may become a very attractive alternative to the EU, based on a mutual recognition and a more pragmatic regulatory framework. In the meantime, we could do well to consistently and politely make our red lines clear, and to invite the EU to do the same.