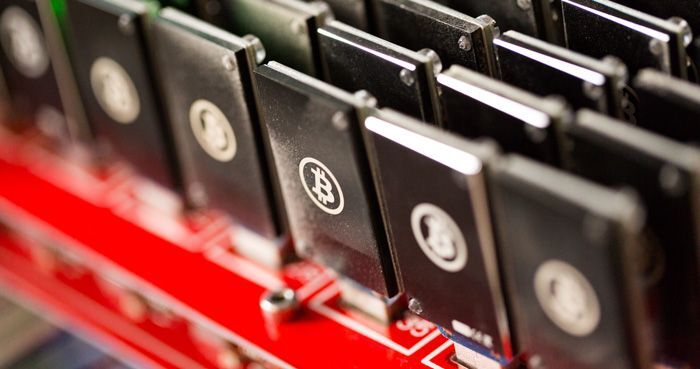 Blockchain, the transaction ledger and associated open source protocol behind the digital currency Bitcoin, is gathering momentum. Riskcare takes a quick look at the implications for the banking world.

THE 'INTERNET OF FINANCE'

The Blockchain Hackathon kicked off on 19th September as part of London Fintech Week, following on from London’s first Blockchain Conference in June. With further summits scheduled in New York, Singapore, Hong Kong and San Francisco, Riskcare takes a quick look at the implications for the banking world.

For anyone who is unfamiliar, Blockchain is the transaction ledger and associated open source protocol behind the digital currency Bitcoin. It is essentially a combination of encryption, processing and a data storage model that is used to create a coded record of all the transactions that have taken place.

New records are added and encrypted in blocks using a public key/private key system and copied by all participants to form a secure distributed ledger. Transactions cannot be made without access to the holder’s private key, and once made the transaction record cannot be tampered with since this would require re-encryption of the entire chain and alteration in every location. Processing of blocks is performed by miners (groups of individuals or companies prepared to make significant investment in processing capacity) for which they are rewarded with newly created Bitcoins.

Blockchain is very appealing as a mechanism for recording both ownership and changes in ownership as it allows safe and frictionless transfer without cost, paperwork or manual processing. In the case of Bitcoin, it also offers the added appeal of anonymity and openness, since the system itself guarantees the validity of each transaction and users have no need to verify the identity of counterparties.

It is evident that there is no particular need to limit application of the Blockchain to digital currency. The same principles could be applied to any asset where ownership needs to be safely recorded and/or transferred.

The commercial appeal in using this kind of technology more widely is simply that it would remove human intervention and therefore dramatically lower costs. Look at the transfer of ownership of any type of non-monetary asset or financial contract and you will see that the process of ensuring safe passage from one holder to another is fraught with complexity, paperwork and manual overhead. Documents are prepared on both sides, contracts are agreed, lawyers or other intermediaries look at the details and quite a number of people get rich shuffling paper, checking identities and updating records.

While the internet has revolutionised the marketing and purchasing of goods and services, it has not up to now provided a simple method for streamlining these kind of sensitive high-value transactions.

In terms of the banking world, we need to look beyond digital currency and consider Blockchain as a software technology in its own right – and how it might be developed for use in tracking financial transactions and ownership.

Two approaches are emerging here… Firstly there are purists who strongly assert that the central Bitcoin Blockchain is the way to achieve this. According to this group, all transactions should be based on linking assets to Bitcoins – with ownership recorded on a central ledger, or on connected side ledgers. In this world, all transactions happen on the same blockchain, everything is integrated, all processing is distributed and the system is essentially open and anonymous – adhering to the original principles of Bitcoin.

The proponents of this approach liken Blockchain to an internet protocol (‘The internet of finance’), forming a common basis for all transactions on a shared platform, and creating a brave new world where traditional financial markets can be challenged and disrupted.

The second group comes from a more commercial background (think banks, exchanges, enterprise technologists and government) and see the use of a single chain as an unnecessary limitation. They believe that each class of asset is likely to require its own individual ledger, balancing particular needs around speed, security, disclosure of participants and accessibility.
Some markets could remain entirely open, but in some cases – they would argue – it will be necessary for participants to be limited to a closed group. For example, banks might agree to digitise the processing of swaps transactions among an approved group of financial institutions.

For legal and regulatory reasons it wouldn’t be practical for the system to be either open or anonymous. Likewise on a retail level, the digitisation of ownership of land or a house must be able to ensure that accidental transfer to an unknown person could never take place.

Whichever approach you adhere to, it isn’t hard to see that the growth of this technology is likely to have far-reaching implications. Imagine a world where all transfers of ownership are instantaneous and securely recorded with the touch of a fingertip or a series of secure passwords.

This is a world with fewer lawyers, processing staff and custodians. The appeal to investment banks is obvious, particularly as they face sustained pressure on margins, capital requirements and staff costs. If they are able to remove even relatively small parts of their administrative and technology overhead the savings will be very significant.

Once this is achieved it will theoretically become possible to dice and re-arrange the whole value chain between capital source and end financial product consumer – at which point a whole variety of new business models become possible. Many financial institutions would welcome the opportunity to follow other industries and to focus more tightly on core areas of competence. For example, capital sourcing and transformation and to outsource or franchise their non-core functions.

Getting there is not easy. Digitisation of any market process on a commercial scale will require a critical mass of market participants to agree, design and trial a suitable protocol – perhaps starting with a trial among a select number of participants, before full transition. There will then be many challenges around agreement of standards, scaling, security and managing integration.

If all this seems far off then it may be worth reflecting that Nasdaq has just announced its first product based on Blockchain technology, Barclays and UBS are both supporting incubators in this space, and the Bank of England is also conducting internal research on potential applications. Representatives for the Isle of Man Government – which has built a reputation as a strong proponent of digital commerce – have migrated company registrations to Blockchain by way of a live demonstration.

Around 100 startups are believed to be actively exploring this space – doing everything from digitising ownership of art, diamonds and gold … to providing tools for creating or managing new blockchains, as well as those looking into larger-scale applications. Meanwhile, the Bitcoin Blockchain protocol is itself being upgraded and should be capable of processing 100,000 transactions per second in coming months, as opposed to the ‘several transactions per second’ that’s possible now. Coverage in the mainstream media has understandably grown sharply in recent months.

While much work lies ahead, it does feel like we are approaching a significant inflection point. Many of the challenges yet to be addressed in terms of mainstream commercial applications have previously been addressed within banking. For example, the management of encryption keys at enterprise level and the agreement of common standards such as the FIX protocol. Moreover, the encryption mechanism itself is open-source and well understood. The main challenges will be agreeing a workable architectural model and embedding this within each organisation – a process which will involve managing a great deal of disruptive internal transformation.

The most likely scenario is that a large market intermediary will complete a successful trial on a relatively contained non-listed asset class, which will pave the way for a much larger commercial trial involving an exchange-based asset class. Once that is achieved, adoption would quickly follow across a wide range of other asset types and the approach would become standard. We can’t know yet which organisation, group, framework or technology will make the breakthrough, but we can say with a fairly high degree of certainty that it is coming, and soon.